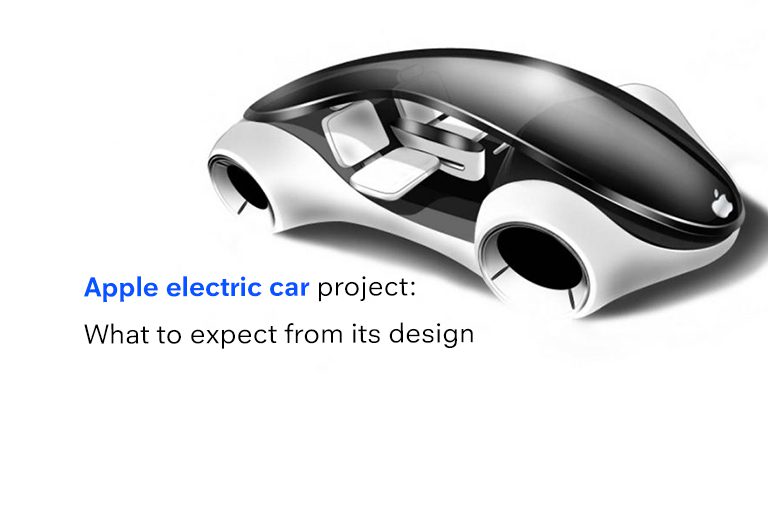 Apple electric car project: What to expect from its design

Apple Inc. is one of the most sought-after consumer electronics, software and online services brands in the globe today and has a large loyal customer base. While Steve Jobs has been a man many note considerable to the success of Apple, they have come a long distance to become global leaders with their product and marketing.

Apple is already known to have invested a great deal into an electric car project which has also been known to be titled – ‘Project Titan’ initially. This expansion for Apple is a must watch and on the radar of almost everyone. A consumer electronics brand like Apple entering the automotive industry is not something unthinkable or unheard of. While the actual car may take a few years before you, the readers, are able to view it and test drive it or own it, experts and critics are already speculating how the car would look, might work, its advanced features to the existing EVs (electric vehicle) in the market and more.

Before we understand and look into these speculations of what the Apple electric car project will bring in terms of design, let’s take a deep dive into what makes Apple’s design so good?

Must read: 5 trends in visual design and advertisement you must know

When you think of Apple, Steve Jobs and his vision comes to mind. He was the one that settled for nothing short of perfection and the best design. In fact, to him it was always about great design. Apple has a few principles it stands tall on:

1. Design as foundation principle: Apple counts design as not simply a department, but as its core foundation principle. From all its products, software’s to know its EV as a work in progress, their starting point is the development process of any product is their design. Since 1984 when their first Mac computer was released, Apple has been making waves and has been a pioneer in stylish personal computing that portrayed sleek, minimalistic, and easy to use sensibilities.

2. Simplicity: Many experts would be seen commenting that Apple indeed is the gold standard in Industrial design, while it is known for its great technology, a great part of design is also known for its simplicity. Apple believes in creating products that are clean, simple, and straight forward. Their keen eye on everything from the shape of the phone, button design, colour option and fonts – everything is clean and simple lines. Even the user interface echoes their minimalism with a strong cohesive experience for users.

3. Functionality: Steve jobs is famous for using this line ‘Design is how it works, not how it looks’. Giving a strong indication on how Apple puts functionality first, always, before the appearance. Apple is known to have made a significant change in how the world interacted with technology and great design. Apple devices are known to be intuitive and easy to use. It is what sets them apart.

Taking into consideration these basic design principles from Apple, its next star product, their electric car project in the words of Tim Cook, Apple’s CEO, is a focus on autonomous systems. Its core technology is the most important to the brand. Apple takes this project as the mother of all AI projects, as well as one of the most difficult AI projects their team is working on. With their own EV they aim to offer better integration of hardware, software, and services than its potential competition in the automotive market.

Experts believe Apple’s EV will be a very high-end model or rather significantly higher than the standard electric vehicle.

Speculated design for the Apple electric vehicle
Mark Gurman from Bloomberg mentioned in late 2021 that Apple was all in their car project to design a fully autonomous vehicle. Apple is fully concentrating and focusing on its self-driving vehicle that will require no interaction from its driver – a goal that leading manufacturer Tesla – is even yet to achieve.

With two option of limited self-driving capabilities and second with full self-driving functionality, under the leadership of Kevin Lynch, Apple is now pursuing the second one.

– No steering wheel or pedals
With respect to the vehicle design, now that Apple is focused on self-driven EV, their design doesn’t have a steering wheel or pedals and is largely focused on an interior that supports hands free driving. Bloomberg has mentioned how Apple design may be similar, if not the same, to the Lifestyle Vehicle from Canoo. Which has riders sit along the sides of the vehicle rather than front and back standard seats.

While it sounds ambitious to achieve a no pedals or steering wheel situation, there are regulations and laws that require road vehicles to adhere to the requirements under the law and have certain emergency set-ups in place with easy-to-use access. How Apple navigates this design remains to be seen.

-Chassis, aka the frame of the car
Chassis essentially is the foundation structure of any car that supports the whole design of the car from underneath. With an ambitious car project, Apple designers are known to be testing for a trunk compartment that raises up for easy access and also does lower down when not in use. Jony Ive, former Apple design chief, now as an acting consultant on the car project mentioned that he believes the Apple car team ‘should lean into the weirdness of the vehicle’s design and not try to hide its sensors’

The speculated design is said to feature four seats that face inward which allows the passengers to have a face-to-face conversation with one another, a curved ceiling that resembles the roof of a Volkswagen Beetle.

-Infotainment: Amalgamation of information and entertainment system
Known to be the best in terms of offering customers entertainment features with easy to use interface, Apple has considered design with a large iPad like touch screen in the middle of the vehicles and users would be able to interact with the panel – which can be integrated with their current devices and services offered.

-Processor
Bloomberg has described the chip used for the process in Apple EV as one of the most advanced components that Apple has designed internally. It has been developed inhouse at Apple’s silicon engineering group which has created the processors for M1 Macs, iPhones and other devices. The processor for the EV is said to be made up of neural processors that are able to manage, handle and work with AI requirements of autonomous driving.

-Safety
A focal area of design in the Apple EV project is safety. Apple aims to build a safer EV than its competition (Tesla, Waymo etc). Apple’s engineers are hence building in redundancies and backup systems that will kick in to avoid driving system failures. Especially if the car aims to be a steering free vehicle – it will require multiple safety protocols in place.

-Charging, battery and more..
Apple EV may be compatible with Combined Charging System (CCS), a standard used for charging electric vehicles. Brands like BMW, Ford, Tesla, GM, Kia, Hyundai and others all support CCS. For Apple to adopt the same, it would mean their users and owners already have charging stations available.

Apple is however known to be developing a new battery design that has a potential to ‘radically reduce cost of batteries and increase the vehicle range’. They are designing a ‘monocell’ design that will build up the individual battery cells and free up space inside the battery pack – this will be done by removing pouches and modules that hold battery materials. This will allow for more active material in smaller packages.

For sensors, Apple is known to have held talks with multiple suppliers of LiDar sensors – which are known to be smaller and more affordable as well as easy to mass produce. Apple aims for a revolutionary design that could potentially be used in a future autonomous vehicle.

Also read: How to deal with feedback as a product designer

While there are many other conversations doing the rounds, what we can understand from the information is that Apple will stick to what it knows best – great design, functionality and pioneering design. This with an easy-to-use interface is the key that binds it all together.

While the actual launch of their own EV may take a few years, what we are looking at is a future of self-driven cars from a brand known to be a pioneer and disruptor in bringing together smart technology and great design.

Seeking a career in Transportation design?
Strate offers you a way to redesign and re-imagine mobility solutions for the future trends. The Transportation Design course at Strate is you ideal go to platform with its French pedagogy, fully equipped state of art design labs, world class faculty and mentors and industry partnerships. 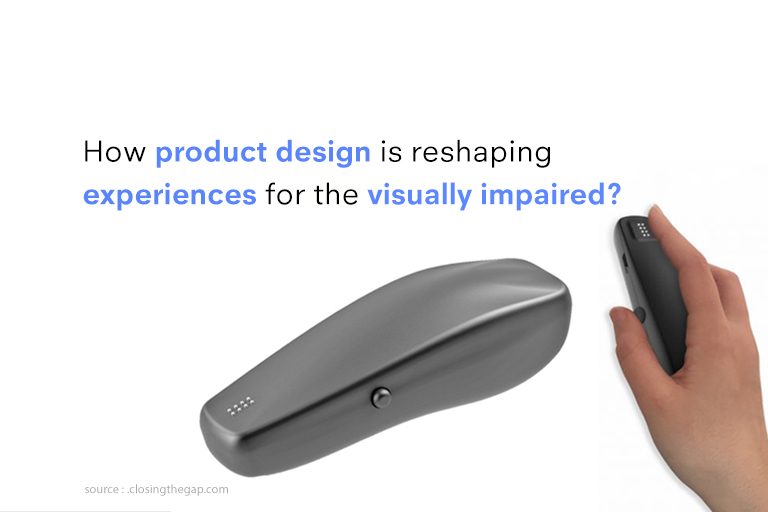 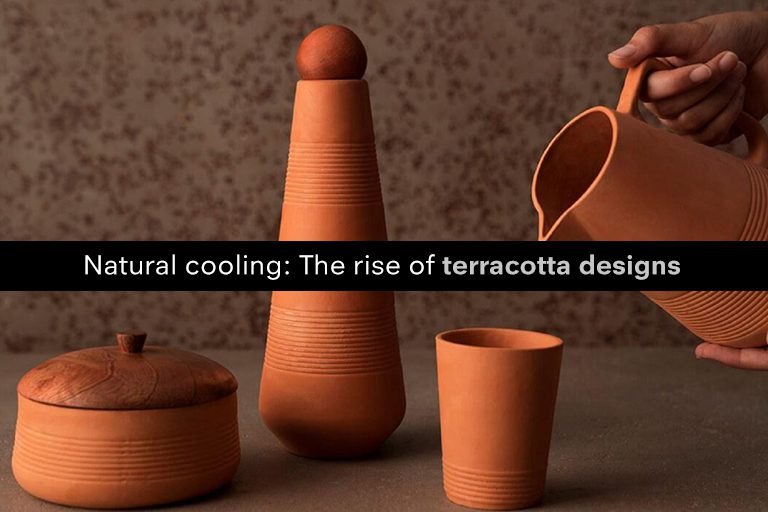 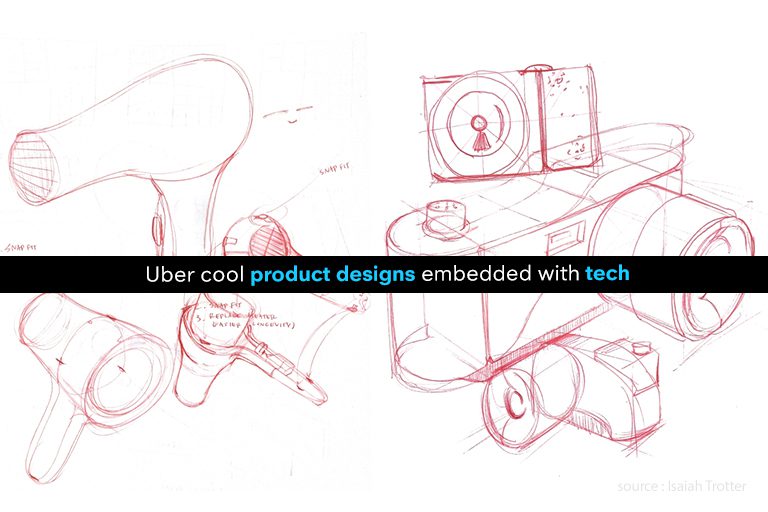