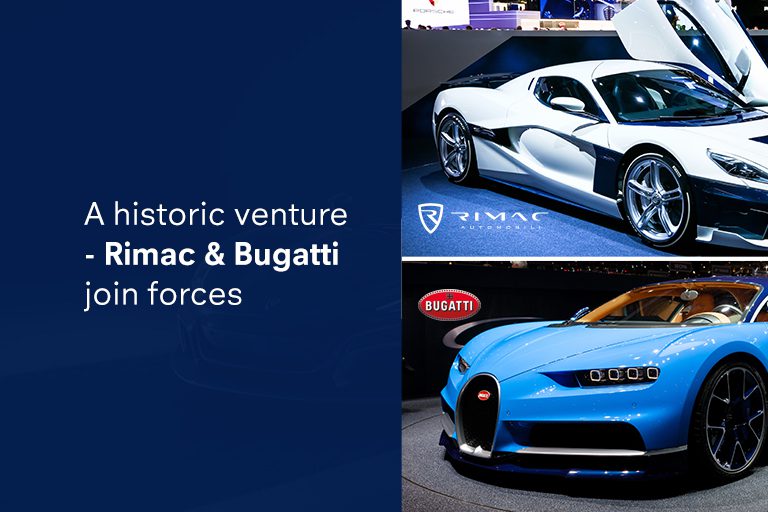 Bugatti and Rimac have officially announced their long-rumored collaboration. Both hypercar brands have teamed up to form Bugatti Rimac LLC, a new entity.

Rimac’s experience in high-output electric drivetrains and Bugatti’s extensive heritage and expertise in the hypercar market are combined in this new joint venture.

Bugatti and Rimac will remain separate brands, with production plants in France and Croatia, respectively. However, the newly established company will be at the new Rimac Campus on the outskirts of Zagreb, which will employ 2,500 people beginning in 2023.

Edmund adds, “Porsche, which is still part of the VW Group, will hold a minority stake in Bugatti-Rimac, allowing them to harness Rimac’s technologies to further their EV line up.”

The Bugatti and Rimac brands will initially create two hypercar models under the new company’s umbrella: the Bugatti Chiron and the all-electric Rimac Nevera. In the new joint venture, Bugatti Automobiles SAS will continue to exist.

“Mate Rimac, the 33-year-old Bosnian-Croatian who founded Rimac Automobili in 2009 and who now finds himself leading the new Bugatti-Rimac joint venture along with Porsche. Making him the youngest CEO ever to head the legendary French marque,” he informs.

Edmund goes on to say, “Rimac has steadily worked on its ambitious goal to become the leading supplier of electric and electrified systems to all the major manufacturers. It is this expertise that future Bugattis will stand to benefit from, a way to make a Bugatti continue its legacy and be relevant in the new electrified world. ”

All Bugatti models will continue to be built at the Bugatti facility in Molsheim, France, in the future. This manufacturing facility is known worldwide for its meticulous attention to detail and superior design and craftsmanship. Their long-term plans include jointly created Bugatti models.